Home » LNBP to the rescue during de-winterising weekend
Previous Next

Our two boats – Lancelot and Guinevere – were released from their winter hibernation on the weekend of 5th and 6th March 2017, meaning we are all set to go for the new community boating season and ready to welcome our first groups for 2017.

Here, LNBP Boat Officer, Peter Page, gives us a rundown of how the ‘de-winterising weekend’ all went.

The ‘vanguard’ of the De-winterising team arrived on the Friday lunchtime to check the engines and fire up the central heating boilers as the night-time temperature was still low and more assistants were expected staying overnight and into Saturday/Sunday.

Both engines started first time of asking and soon the banks of batteries were being charged in order to provide lighting and electrical power. The fresh-water tank on Lancelot was drained down and tank-cleaning solution was introduced and the tank was filled up again with fresh water. This was to be left overnight in order for the cleansing properties of the solution to work. This is an annual event and ensures the system isn’t harbouring any nasty bugs. This solution is pumped around all the pipework including the basins and shower.

While Lancelot was unoccupied the opportunity was taken to clean all the bunks and mattresses, work surfaces and shelving including the ‘Corian’ integral hob and galley sink surround.

The Saloon radios which had been serviced and stored overwinter were re-installed and checked over.


By this time, more members of the team stated arriving and moved into Guinevere which had gradually  warmed up. Pillows were distributed and specific job-sheets were handed out . As we anticipated an early start on Saturday morning we adjourned to the ‘Boathouse’ on the Coventry Road for some food. More volunteers arrived and eventually there were nine of us, before we all headed back to the boats for a well-earned rest. 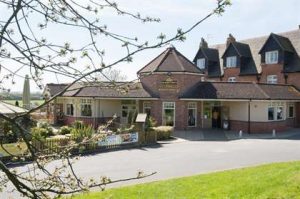 Saturday dawned and operations began again. Every part of both boats was checked over. All the roof equipment which had been stored inside over-winter was re-sited to their positions on the roof – the shafts (poles) were rubbed down and repainted as were the fore and aft decks. The cleansing solution was pumped out of Lancelot and the tank and pipework was flushed through with clean water.
All personnel moved onto Lancelot in order that Guinevere’s tank and pipework could be treated. More bunk and surface cleaning followed by re-installation and testing of the microwave ovens, fitting of the newly laundered curtains and checking of all inventory items including cutlery and crockery and utensils.

The front fenders on both boats were looking very tired so they were replaced. These are very heavy so it was the ideal time to undertake this operation while help was at hand. The boats looked very smart on completion.

By late on Saturday most of the tasks had been undertaken so the helpers who had travelled the most distance drifted away home, leaving sufficient numbers to complete the operation on Sunday.

On Saturday evening there was a little drama!

During the hours of darkness, a lady who had rested on the gunwhale (side footway) of one of the boats moored near to us, fell into the canal! Her dogs raised the alarm and we heard her calls for help and pulled her out of the water. She didn’t have the strength to pull herself out as she was submerged up to her shoulders. We took her onto Guinevere and warmed her up with heating and blankets as she was very cold and suffering from shock. Her relatives were summoned and soon arrived. She was very lucky that we were around as no other boats were occupied.

The next day Guinevere’s treated water was drained down and flushed through with fresh water. The boats’ floors were then cleaned, boilers shut down – water tanks topped-up, electrics turned off, hatches and doors secured, keys returned to their hooks and tools/cleaning agents returned to our storage facility.

The boats now await their first clients due 17th March.

All in all, it was once again a very productive and useful weekend’s work, and a big thank-you goes out to all concerned who came along and got involved.

To check on availability to bring your group on board to sample the beauty of the Grand Union and Oxford Canals here in central England, click here